At the IMT Blog

(Chat room at top of page).

Pedigree research is essential to develop your short list for upcoming yearling & breeding sales. Contact me for more info.

The One Qualification Found in Every Kentucky Derby Winner

Over the last fifteen years, every Kentucky Derby winner has met this requirement.

Everyone has their own strategy for deciphering the Kentucky Derby. Some handicappers spend hours reviewing speed ratings and pace scenarios. Others examine pedigree charts and past performances. All of these applications are worthwhile. Basically, if it works, use it. 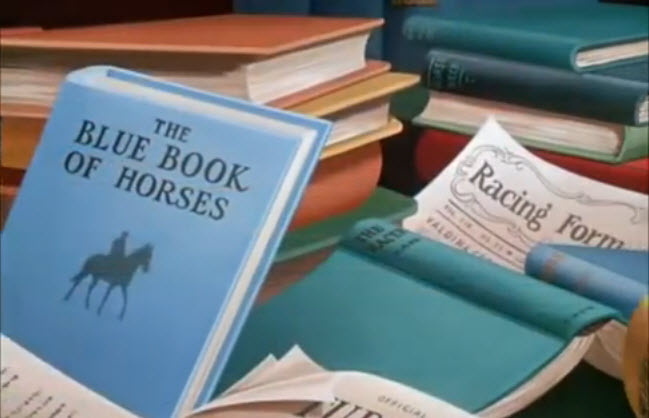 I'm one of those people who try to encompass a little of everything into my handicapping. When I first decided to test some theories to see if I could predict future Kentucky Derby champs, I thought, "What do all of these Kentucky Derby winners have in common?" Thus began the exhaustive quest; legions of spread sheets, notes, and hours backtracking as some theories panned out and others were a bust.

Naturally, my first inclination has always been to look at the pedigree. Obviously, the one thing all of the Derby winners had in common was that they had a sire, dam and damsire. So that's where I started my journey and found some intriguing commonalities.

It is essential to identify the horses that will love ten furlongs, those who could finish in the money and the ones that couldn't get the distance if the jockey got off and pushed. 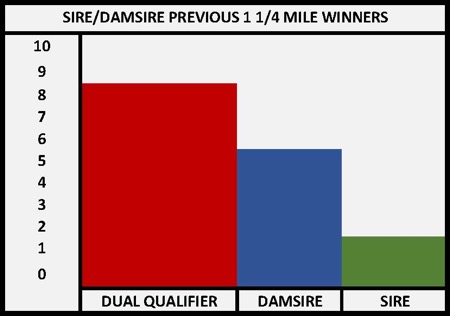 The only horses who didn't fit the theory were 2012 Derby winner I'll Have Another and last year's Triple Crown hero American Pharoah.

Both are by second crop sires out of mares by young broodmare sires that have few producing daughters. I'll Have Another's damsire's offspring are successful at classic distances. American Pharoah's sire, Pioneerof the Nile, is a route horse and his progeny prefer two turns. There are few opportunities for the babies of sires with limited crops to compete at 1 1/4 miles. The anomaly of the sire and damsire not having classic distance stakes winners wasn't a reason to dismiss these two contender's chances in the Kentucky Derby.

This year's Kentucky Derby field includes nine horses whose damsires aren't represented by a stakes winner at classic distances. There are five challengers by new sires whose offspring haven't attempted 1 ¼ miles. Knowing if your Derby pick meets the requirements can be the difference between including them in your win bets or using them in exotics.

The individual contender analyses in the 2016 Kentucky Derby Betting Guide shows whether or not the participants meet this crucial winning qualification. If they don't meet the requirement due to few crops by sire or by damsire, it will be noted in the pedigree analysis section and determined if they do indeed have the pedigree to handle 1 ¼ miles.